Rohingya Muslims have faced persecution for decades in Buddhist-majority Burma (officially called Myanmar). The 1.1 million Rohingya, who reside mainly in the northern Rakhine State townships, are viewed as one of the worlds most persecuted minorities. The Rohingya Muslims are restricted from travel, education, require government permission to marry and are subjected to modern-day slavery through forced labour. To make this impossible situation worse, there is now an on-going genocide taking place in Burma. Many that did not burn in the fires that destroyed their homes were captured, tortured, beaten raped and then murdered; including babies and young children. Those who were able to escape have fled to nearby Bangladesh and Malaysia for safety, although many who traveled to Bangladesh have been turned away and told to go back to Myanmar. As a result of the systematic discrimination they have endured, many Rohingya Muslims are living in abject poverty. MiN is working closely with our partners to tackle poverty. Our partners on the ground have identified some villages, Lat Ma Chay Village, and Hla Ma Chae in Sittwe Township, Rakhine State, where food is desperately needed. MiN provides the food parcels with your donations and the partners provide the logistics needed to get the parcels to whom and wherever they are needed most.

MiN have been working in Burma since 2016 with our partners on the ground.  Food distributions were implemented to Rohingya families in Sittwe. Due to the recent levels of violence in Burma, all our aid efforts have now been focused on multiple Refugee Camps along the Bangladeshi border. Most, if not all of the refugees that leave Burma arrive with nothing but the clothes on their backs. After walking for days, they arrive in the camps hungry, thirsty and exhausted. MiN has been providing emergency food parcels to the daily influx of refugees. These food packs aim to sustain a family for a month. This aid is a lifeline for most of these people as without homes or livelihoods, they would not be able to feed themselves or their families.

Each Food Parcel costs as little as £25 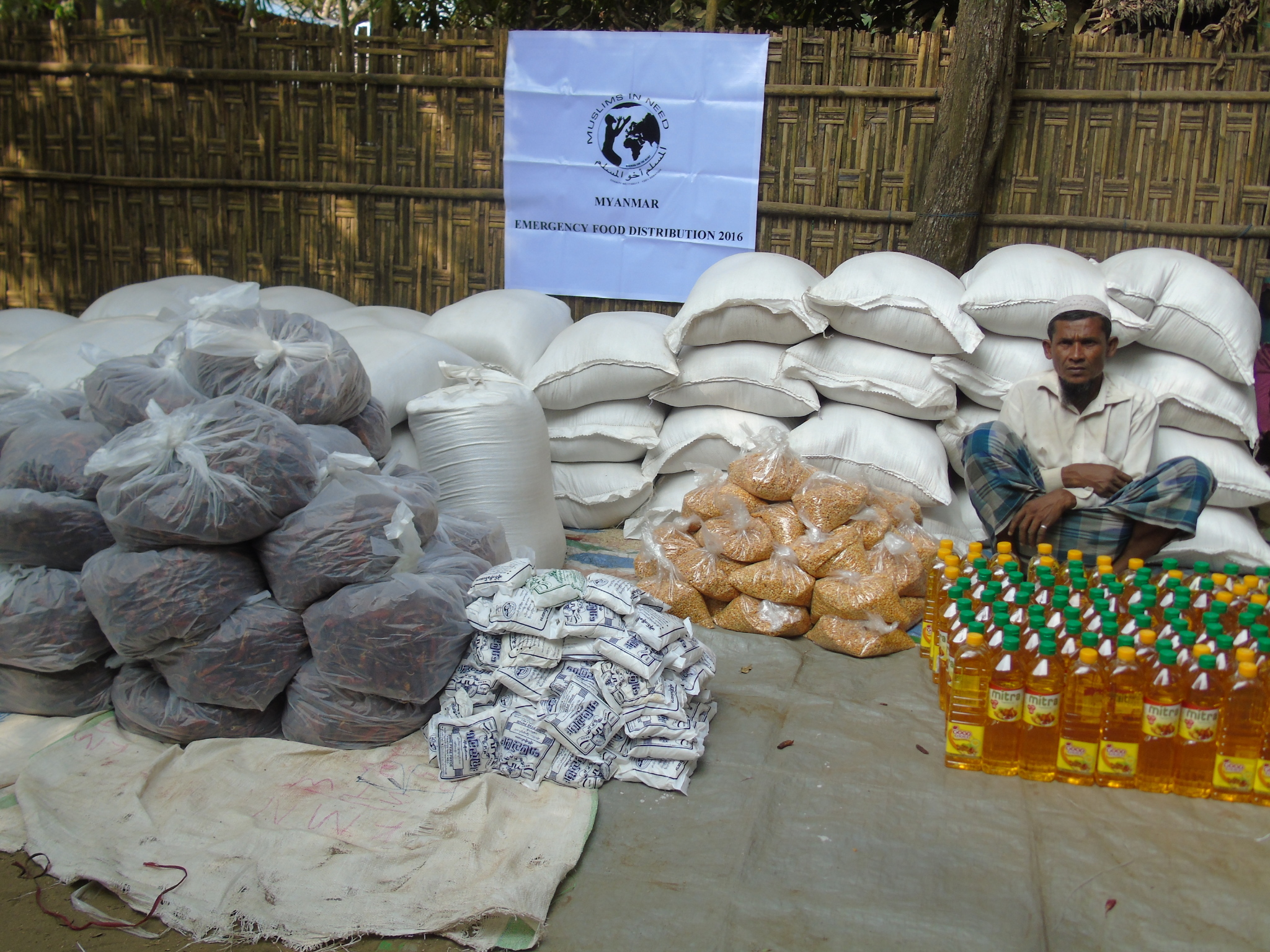